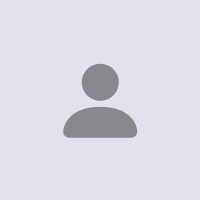 The United Arab Emirates (UAE), a major global trade and business hub, lands on this year’s list of countries still lacking in progress on anti-money laundering (AML) and combating the financing of terrorism (CFT) efforts. Further advancement on the investigation and prosecution of cases involving dirty money is key to removing the UAE from the so-called grey list. Despite this, the impact on the UAE’s economy is expected to be limited because of its relative strength and stability.

Following the plenary and working group meeting in February 2022, the United Arab Emirates (UAE) was grey-listed by the Financial Action Task Force (FATF) on 5 March 2022. The FATF noted that since its 2020 assessment, the UAE had made considerable progress on issues related to money laundering, terrorism financing, confiscating criminal proceeds and international cooperation. Further progress, however, is needed to ensure investigation and prosecution of money laundering cases are consistent with the risk profile of the UAE.

The FATF annually publishes its updated grey list, officially known as Jurisdictions Under Increased Monitoring. Countries placed on the FATF grey list pose a much higher risk for money laundering and terrorist financing but have formally committed to working with the FATF to develop action plans that will address deficiencies on anti-money laundering/combating the financing of terrorism (AML/CTF).

Grey-listed countries are monitored strictly by the FATF, either evaluated directly or through FATF-style regional bodies (FSRBs) to report on their progress in AML/CFT goals. While the grey list is not as severe as the blacklist, countries on the list can still face economic sanctions from institutions such as the International Monetary Fund (IMF) and the World Bank, and experience negative effect on trade.

Why did FATF add UAE to its grey list?

The UAE is globally recognised as a regional trade and business hub. Its geoeconomic position and futuristic infrastructure continue to attract foreign businesses and investment. As of 31 December 2021, the country’s gross domestic product (GDP) was $402.9 billion, while its exports reached $32.8 billion, and the total foreign direct investments (FDI) inflows reached $20.7 billion.

The oil-producing country has undergone a remarkable transformation, positioning itself with advancements in real estate, seaports, and airports. In aviation, Emirates and Etihad airlines are ranked among the top twenty airlines in the world. Moreover, Dubai International Airport (DXB) has been the world's busiest airport by international passenger numbers for eight consecutive years. In seaports, Dubai’s Jebel Ali seaport is the 11th biggest container port in the world and the busiest and largest seaport in the Middle East as well. In real estate, meanwhile, Dubai has positioned itself as a global property investment hub as it recorded property transactions worth around $81.7 billion in 2021, a 65% growth in number of transactions and a 71% rise in value from 2020.

With these significant cash flows, regulators are taking actions to combat money laundering and terrorist financing. Still, the country was grey-listed because of "strategic deficiencies." 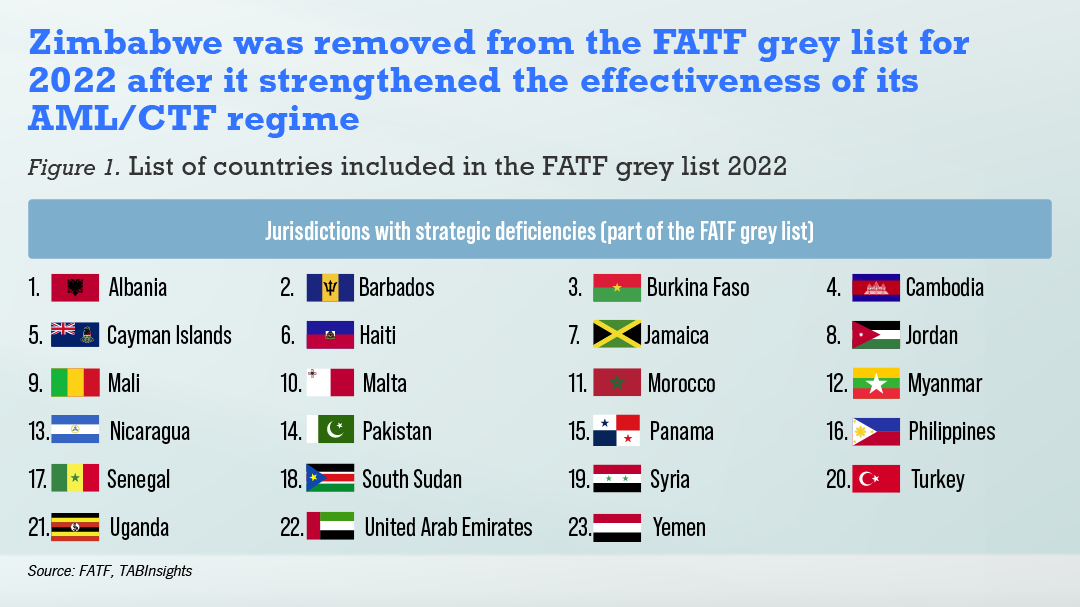 Requirements for countries to be removed from the grey list

The UAE government is continuously working to fill the gaps in its regulatory framework. However, there are some gaps that need to be fixed to remove it from the grey list.

These include seven key steps: implementing a robust system to collect case studies and statistics used in AML investigations, demonstrating a sustained increase in effective investigations and prosecutions of various types of AML cases in accordance with the country’s risk profile, and identifying and maintaining a shared understanding of money laundering/terrorist financing (ML/TF) risks across different sectors and institutions.

Other gaps that must be closed include:  showcasing an increase in the number and quality of suspicious transaction reports submitted by financial institutions and other entities; achieving a more detailed understanding of the risk of abuse of legal persons and legal arrangements for ML/TF; improving the use of financial intelligence to track high-risk ML threats such as proceeds of foreign predicate offenses, trade-based ML, and third-party laundering; and proactively identifying and combating sanctions evasion.

The FATF noted that it does not require enhanced due diligence for these jurisdictions, but “encourages its members and all jurisdictions to consider the information submitted in their risk analysis.” 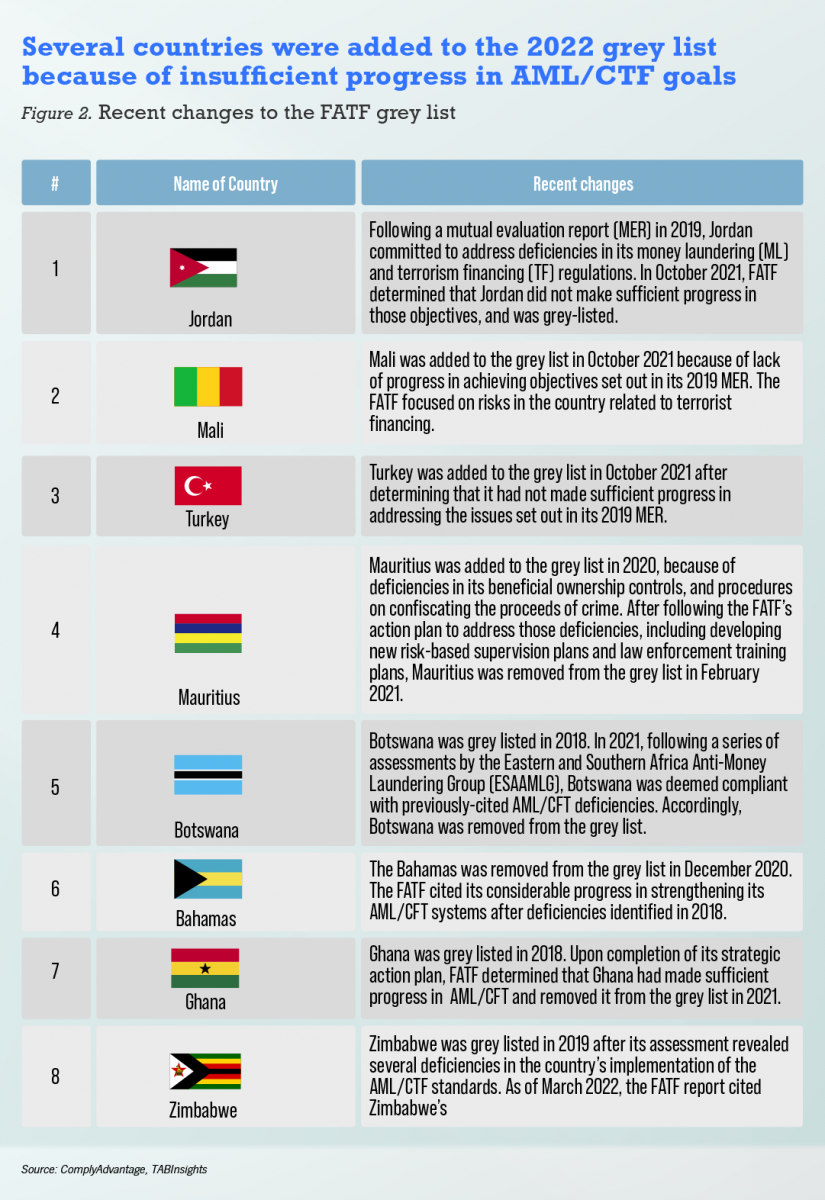 Repercussions on the financial services industry in the UAE

Being on the grey list can have negative implications for any country. Its exports, production, and consumption can suffer and fiscal position may weaken as global banks become reluctant to do more business in the country.

Some studies, including a recent IMF working paper, mentions the impact of capital inflows as investors can use the grey list to measure risk.

However, the impact on the UAE is likely to be limited because of its relative strength and economic stability compared with previously grey-listed countries. For the UAE, the main concern about being grey-listed is possible changes in ratings. This is because of increased compliance costs for some financial institutions as correspondent banks increase their levels of due diligence and monitoring.

The UAE has pledged to implement the recommendations of the International Cooperation Review Group (ICRG) Action Plan to be removed from the grey list. This includes seven key steps starting from a constant increase in efficient investigations and prosecutions into numerous money laundering cases in line with the UAE’s risk profile.

As the regulatory scrutiny increases, companies in the country should review their ML/TF risk assessments, understand the gaps and work to close them as soon as possible.